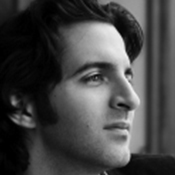 Zack O’Malley Greenburg is a Forbes senior editor and author of the Jay-Z biography Empire State of Mind. His second, Michael Jackson, Inc, was released by Simon & Schuster in June. Zack covers the business of music in The Beat Report at Forbes, where he’s investigated topics from public pension fund scandals to Justin Bieber’s venture capital career to the inner workings of Diddy’s empire. His writing has also appeared in the Washington Post, Billboard, Sports Illustrated, Vibe and McSweeney’s; he’s served as a speaker at Yale, Harvard and South by Southwest, and as an expert source for BBC, NPR, MTV, VH1 and CBS’s 60 Minutes. Check out his full bio here.

Today’s pop superstars are often known as much for the products they shill as the music they create, from 50 Cent’s Vitaminwater to Diddy’s Revolt TV to Jay Z’s D’Usse cognac. It wasn’t always this way. Beginning in the 1980s, Michael Jackson fundamentally changed the entertainment industry by launching a clothing line, record label, sneakers, and video games–creating a fundamental shift in the monetization of fame and paving the way for today’s celebrity moguls. In this talk, Zack will share some of the stories he has discovered while reporting on the business of music–both in his Forbes cover stories on artists from Toby Keith to Justin Bieber, and in his business-focused biographies Michael Jackson, Inc: The Rise, Fall and Rebirth of a Billion-Dollar Empire and Empire State of Mind: How Jay Z Went From Street Corner To Corner Office. He’ll explain how entertainers went from employees to owners, racking up nine-figure fortunes along the way and spawning the new class of superstar entrepreneurs that dominates the modern music world.