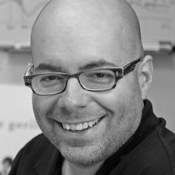 Christopher Chabris is a psychology professor at Union College in New York, where he studies intelligence, thinking, and decision-making. He is the co-author of the New York Times bestseller and Editor’s Choice book The Invisible Gorilla, and Other Ways Our Intuitions Deceive Us, which is being translated into 17 languages. He shared the 2004 Ig Nobel Prize in Psychology (awarded for “achievements that first make people laugh, and then make them think”), given for the experiment that inspired the book. Chris has spoken to audiences at major conferences and businesses, and his work has been published in leading journals including Science, Nature, Perception, and Cognitive Science. He is also a chess master, poker amateur, and contributor to the Wall Street Journal and other national publications.