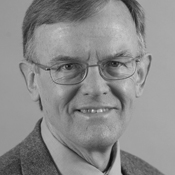 John Delano is a Distinguished Teaching Professor in the Dept. of Atmospheric and Environmental Sciences at the University at Albany (State University of New York), and is the Associate Director of the NASA-funded, multi-institutional New York Center for Astrobiology headquartered at Rensselaer Polytechnic Institute. He is the author of 60 scientific publications, and has served on many advisory panels for NASA.

NASA?s Astrobiology program is frequently in the news with important discoveries (e.g., discovery of habitable planets orbiting other stars; environments and processes that led to life on Earth; sequencing of DNA that has revealed evolutionary relationships). These discoveries are providing Humanity with a better understanding of the events that have led to life?s emergence on this planet and of our context in the galaxy.