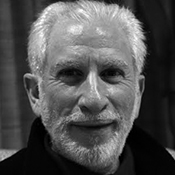 Dr. Sederer is an Adjunct Professor at the Columbia/Mailman School of Public Health.

Previously, Dr. Sederer served as the Executive Deputy Commissioner for Mental Hygiene Services in NYC, the City’s “chief psychiatrist.” He also has been Medical Director and Executive Vice President of McLean Hospital in Belmont, MA, a Harvard teaching hospital, and Director of the Division of Clinical Services for the American Psychiatric Association.

In 2013, Dr. Sederer was given the Irma Bland Award for Excellence in Teaching Residents by the American Psychiatric Association, which in 2009 recognized him as the Psychiatric Administrator of the Year. He also has been awarded a Scholar-in-Residence grant by the Rockefeller Foundation and an Exemplary Psychiatrist award from the National Alliance on Mental Illness. He has published seven books for professional audiences and two books for lay audiences, as well as over 400 articles in medical journals and non-medical publications including TheAtlantic.com, The New York Times/The International Herald Tribune, The Wall Street Journal, WashingtonPost.com, Commonweal Magazine, and Psychology Today. He is Medical Editor for Mental Health for the Huffington Post where ~ 200 his posts and videos have appeared.

In 2013, Dr. Sederer published The Family Guide to Mental Health Care (Foreword by Glenn Close), for families of people with mental illness. He also has co-authored, with Jay Neugeboren and Michael Friedman, The Diagnostic Manual of Mishegas (The DMOM), a parody on the DSM.

Dr. Sederer appears regularly on radio and television. His website is www.askdrlloyd.com.

What must families know if they have a loved one with a mental illness? In his talk, Dr. Lloyd Sederer discusses the four things we all must know to help those who may be struggling around us.