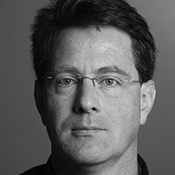 My work examines the role of metabolic processes in regulating brain function, and specifically in regulating memory processing. We use a variety of animal models to examine the behavioral and neurochemical impact of modulations including diet-induced insulin resistance, beta-amyloid, insulin, and recurrent hypoglycemia.

To date I have roughly 50 peer-reviewed journal papers with ~2500 citations, at an h-index of 26; my work has been funded by the NIH, ADA, JDRF, Alzheimer’s Association and several state and private grants. In addition, my lab has won awards for excellence in student research every year during my time at U.Albany, and I have several teaching and mentoring awards.

From a patient or layperson’s point of view, my work shows that lifestyle elements – such as lack of exercise, caffeine intake, drinking red wine, or overeating – have direct and measureable impact on brain function, diseases such as Alzheimer’s disease, and risk of death. We can make specific recommendations for change, and show at the molecular level how choices made every day about diet – and even about things like doing a crossword instead of watching TV – affect your brain’s function.

Recent discoveries (many in my lab) on the links between type 2 diabetes and Alzheimer’s disease; translation of that lab work into real-life advice and consequences.