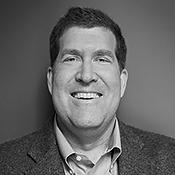 I’m an Associate Professor in the Department of Physics and Astronomy at Union College, and I write books about science for non-scientists. I also blog about physics and other things at Forbes.com and ScienceBlogs.com. I have a BA in physics from Williams College and a Ph.D. in Chemical Physics from the University of Maryland, College Park (studying laser cooling at the National Institute of Standards and Technology in the lab of Bill Phillips, who shared the 1997 Nobel in Physics). I was a post-doc at Yale, and have been at Union since 2001. My books _How to Teach Physics to Your Dog_ and _How to Teach Relativity to Your Dog_ explain modern physics through imaginary conversations with my German Shepherd, Emmy, and my most recent book, _Eureka: Discovering Your Inner Scientist_ (Basic, 2014), explains how we use the process of science in everyday activities. I live in Niskayuna, NY with my wife, Kate Nepveu, our two kids, and Emmy, the Queen of Niskayuna.

The Exotic Physics of an Ordinary Morning

You might think that the bizarre predictions of quantum mechanics and relativity– particles that are also waves, cats that are both alive and dead, clocks that run at different rates depending on how you’re moving– and only come into play in physics laboratories or near black holes. In fact, though, even the strangest features of modern physics are essential for everything around us. The mundane process of getting up and getting ready for work relies on surprisingly exotic physics; understanding how this plays out adds an element of wonder to even the most ordinary morning.