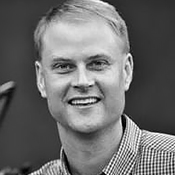 Since joining American Farmland Trust in 2001, David Haight has worked with more than 20 local governments to establish agricultural economic development and farmland protection plans. He aids state and federal legislators as they work on agricultural and land conservation legislation and has helped coordinate projects that have permanently protected more than 4,000 acres of New York farmland. Haight helped to author AFT’s Guide to Local Planning for Agriculture in New York and New York Agricultural Landowner Guide to Tax, Conservation, and Management Programs. His previous work experience includes evaluating the fiscal impact of land conservation for the Vermont Land Trust and work as an outdoor educator in New York’s Catskill Mountains. He holds a B.A. in environmental studies and political science from Binghamton University, an M.S. in natural resources planning from the University of Vermont, graduated from New York’s LEAD program and serves on the Land Trust Alliance New York Advisory Committee.

David Haight sees an urgent need for a new conservation movement focused on saving the land that feeds us. More and more New Yorkers want foods that are healthy, safe and produced closer to home. Tragically, the fertile soil needed to grow food is being destroyed at an alarming rate. Nearly 5,000 farms have been paved over in New York since the 1980s.

New York has long been a land conservation pioneer – establishing the first state park in the nation at Niagara Falls and the Adirondack Park, the largest protected area in the continental United States. Now, New York is poised for a new conservation movement, one that protects the farmland that grows our food and keeps us resilient in a changing climate. Put simply – No Farms, No Food.