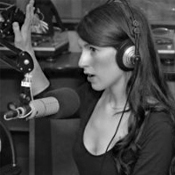 Jaqi Cohen is a mass transit advocate for New York City, currently working as the Campaign Coordinator for the NYPIRG Straphangers Campaign.  She has spent the past five years working as an organizer and advocate for the New York Public Interest Research Group, fighting for a more equitable transit system, cleaner environment, and affordable higher education. She is also a weekly contributor to ‘Let Your Voice Be Heard! Radio’  on WHCR in Harlem, for which she earned a 2016 New York Press Club award for best radio commentary.
Jaqi is a lifelong New Yorker who currently lives off the A/C train in Brooklyn, but will always be a 7 train commuter at heart.

Public transit has the ability to serve as a city’s great equalizer- it connects communities. Yet for many, particularly for those who rely on paratransit options, mass transit systems are exclusionary. In my talk, I will argue why prioritizing paratransit can serve to benefit all New Yorkers.