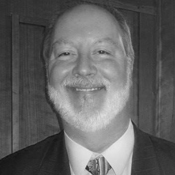 For the past 25 years, John has been the voice of the Adirondack Council on radio and television, and on the pages of local, regional and national media. John develops and executes the Council’s public relations and communications programs.

He works with the media to explain the unique nature of the Adirondack Park and to help the public understand the Council’s efforts to sustain its clean air, wilderness, wildlife, clean water and vibrant communities. He is the principal author of our annual State of the Park Report and assists with the editing of all Council publications.

John was an environmental and political journalist before joining the Adirondack Council. He was managing editor of a daily newspaper (The Malone Evening Telegram) when he joined the Council’s staff in 1990. He has overseen the production of two films about the Council (The Adirondack Council, 1992; and, ACID RAIN: A Continuing National Tragedy, 1998), appeared in the independent film Inside the Blue Line (1993) and has produced a series of radio and television public service announcements with entertainers Bonnie Raitt (1994), Natalie Merchant (1997), brothers/band mates Michael and Kevin Bacon (2009-10) and movie star Sigourney Weaver (2016).

State taxpayers have invested millions of dollars to purchase more than 65,000 acres of new public lands in and around the Adirondack Park over the past decade. This will expand the park’s legacy of protected waters and forests, boost healthy outdoor recreational opportunities and help the hospitality industry grow in local towns. Many of these new lands were added to the “forever wild” Adirondack Forest Preserve, which is protected from logging and development by the NYS Constitution.

Most of the new Forest Preserve parcels will be classified as non-wilderness lands, where some level of motorized or mechanized access will be allowed. However, the most remote and sensitive 31,000 acres (located on just four out of the 32 recently purchased parcels) merit the highest level of protection that the law can provide. They deserve to be motor-free wilderness. Foremost among these four parcels is the 20,500-acre Boreas Ponds tract in the small Adirondack towns of Newcomb and North Hudson.

Motorized-use advocates say roads and snowmobile trails would allow the widest range of potential visitors to recreate on and around the ponds. Wilderness advocates warn that motorized access will bring noise, pollution and invasive species. Scientists say most of the Boreas Ponds tract is too sensitive to withstand motorized or mechanized recreation. Tourism officials say most visitors prefer quiet recreation, not motorized. The Clarkson University School of Business says wilderness brings a 25 percent economic premium compared to lands with motorized access.

The Adirondack Council and a coalition of regional and national conservation organizations say that the towns of North Hudson, Newcomb and others can rebuild struggling local economies by attracting new investments related to their sudden proximity to an expanded High Peaks Wilderness Area – the largest and most popular wilderness in the Northeast.

They point to Keene Valley, which went from steep economic decline to steady economic progress when Interstate 87 was completed in the late 1960s. The new “Northway” brought a large volume of north-south traffic to Keene Valley’s doorstep. Overnight, it became the easiest gateway to High Peaks and prospered. Expanding the High Peaks Wilderness would move the southeast boundary to the edge of North Hudson, just off Exit 29. That’s 25 miles closer to NYC and the Capital District than Keene Valley. Newcomb is a short drive away, offering quiet lakes, a visitor interpretive center and a restored Great Camp. The state of New York now has an opportunity to ensure the natural resource protection legacy of the Adirondacks, and deliver economic benefits to the people and businesses of North Hudson and Newcomb. The towns can’t move closer to the wilderness, but the wilderness boundary can move closer to them.