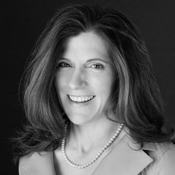 Janet Carmosky met the co-founder of AlbanyCanCode, Annmarie Lanesey in 2015 after a long career in start-ups and business strategy base in China. She approaches Albany Can Code as a workforce development initiative that can draw from success factors she saw at work between 1985 and 2015 – stakeholder engagement, an ecosystem-based model, and extensive partnerships between educators, employers and community – which established China’s modern economy (manufacturing, transportation, telecommunications, banking, IT, retail sectors) while simultaneously pulling more than 600 million people out of poverty. She runs the day to day operations of AlbanyCanCode. In her previous lives she worked as an import-export trader, strategy consultant, public relations executive, and senior management team member for 7 or 8 start-ups. She contributed to The Economist between 1992-2000, and also ha published articles and chapters for EIU publications, China business and travel books, and the Harvard Business Review.

While earning currency – ‘making money’ – is the obvious way to achieve a stable supply of food, clothing, housing, the idea that that every human need represents a potential for a monetized transaction is an atomizing, isolating and stupefying. Stupefying in a sense of “making humanity more stupid.” When any of us seeks greater economic and social stability – and purpose – we’re likely to be told by everyone that the path forward is to “start a business.” The risk is that, once that happens, we cast ourselves as a seller, then begin to sort the people who cross our paths, very simply, into categories: customer / not-customer. Relevant / irrelevant. The conditioning from the culture we have, where we worship entrepreneurship, causes us to reduce too many of our relationships into a linear, point to point, transactional, “what am I getting” pattern. Even social movements tend to be built around a central character “selling” an idea or approach. What we lose is the opportunity to practice and learn from non-linear, non-monetized but nevertheless productive dynamics based on shared vision, shared energy, trust, and listening. In other words, thinking as “stakeholders” rather than consumers and sellers.