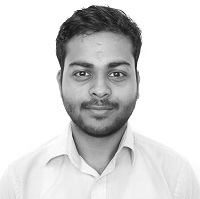 Pritam is in his third year of PhD at Rochester Institute of Technology, working at the recently established AMPrint Center. At the center, he works on developing processes for 3D printing carbon fibers. After getting his bachelors degree in Mechanical Engineering from his hometown of Kolkata, India, Pritam came to Rochester in 2012 for a master’s degree in Industrial Engineering, and later continuing on to his PhD. Currently, he serves as the Vice President of Education at Tiger Tales Toastmasters, a public speaking organization on campus. His first TEDx talk, “Sitting: The silent addiction,” described how sitting is similar to smoking in our generation, was a well received by audiences at the event, and especially online, gathering over 56,000 views in just 8 months. Pritam’s life-long passion has been uncovering the mysteries of human existence through investigation, experimentation, and friendship!

While in our mother’s womb, we floated for months in 75% pure urine, the amniotic fluid, literally eating, drinking, and breathing urine. There are countless stories of travelers in mountains and deserts saved incredibly from certain death by using their own urine to stave off dehydration. Believe it or not, for many drinking urine is not a last ditch survival strategy, but a daily regimen to promote health! However, the attitude most people have towards their urine is that of disgust and waste. Is our attitude really justified when urine has been such a vital part of the human existence? This talk explores this question from a psychological, biological, and historical point of view that will amaze anyone. Apart from being informative, the talk inspires the audience to be more accepting of their own bodies by providing a new perspective about this miracle fluid so far unknown, undiscussed, and subdued.