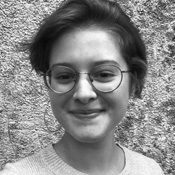 I am a 21 year old climate activist and Sustainability major at the Arizona State University School of Sustainability. Passionate about research, education, and the climate crisis, I have written countless essays for a wide range of classes on climate change and the economy. My essays have been recognized by Chris Boone, Dean of ASU’s School of Sustainability as I won the university’s Sustainability Champions Scholarship. I have also recently started submitting my work to essay contests with hopes of publication. As for my activism on a more physical level, I spoke at the Global Climate Strike in New York City in May 2019 and have been featured on The Years Project’s Instagram TV (IGTV). The Years Project is a nonprofit organization whose mission is, “To inform, empower and unite the world in the face of climate change.” I have also spoken at the August 30 NYC Climate Strike with Greta Thunberg. My speeches are shown by the Guardian and included in the “web links” box with times specified.

We are currently in the wake of the next mass extinction, and because it has consistently been a slow burn that is impacting areas outside of the bubble of the Northeastern USA, we’re not noticing the threat looming over us. Perhaps many people believe that they will never be impacted because of the attitude that the climate crisis is not a generational issue – when in reality, it is. The man made crisis is being put on the shoulders of the youth, as the younger generations are going to be impacted the most. Many youth believe that we are being put in a position to solve the crisis when many are not even old enough to vote, or experienced enough to run for office. The Fridays for Future movement was created for the youth to strike back in ways they can – by speaking up and urging politicians and the general public to listen as the movement grows stronger. But what is making the youth so scared? Is it because we did not believe that the themes of Wall-E and the books of Carl Hiaasen would one day become reality? Or is it because of a lack of transparency in how our everyday items are sourced and disposed of? With the advancing spread of information and discoveries of scientists, the impacts fossil fuels, plastics, and animal agriculture have on our environment are being made clear to us, but it seems as if only certain people want to listen. This talk explores the youth climate movement, the fears of the younger generations, and the growing divide between those who vote next and the denial of science within politics. Facts and statistics on the climate crisis will be shared to support the science and idea that climate change is a generational issue, as well as the impact climate change will have close to home provided legislation is not enacted. The talk will not provide an extremist standpoint. While it focuses on the facts that might seem scary, it is also a way to educate on the actions we can take to reduce our own carbon footprints. After all, the most effective way to solve any problem is by working together. Combating the climate crisis is a global effort split between people and politics.