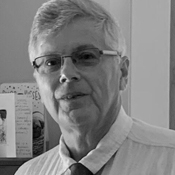 I recently edited the book Lessons Drawn: Essays on the Pedagogy of Comics and Graphic Novels, and teach a course on superheroes at the College of Saint Rose. I founded the Center of Game and Simulation Based Learning, an award winning Online Writing Lab, the blog Revolutionary Learning and have 29 years teaching experience in higher education with numerous publications and presentations.

In a blog called “Adulting” comedian/commentator Bill Maher argued that fans of the late legend Stan Lee were chronological adults practicing immature forms of work that only simulated maturity. I invert Maher’s characterization of comics borrowing William Wordsworth’s famous phrase “the child is father to the man,” and show how superheroes serve as necessary symbols of inspiration and hope in an age of cynical divisiveness. I use an example for each media: comics, film, animation, video game, television.