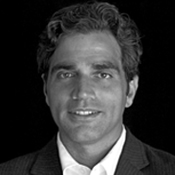 Joseph Luzzi (PhD, Yale) is Professor of Comparative Literature at Bard College. His books include “My Two Italies,” a New York Times Book Review Editors’ Choice, and “In a Dark Wood: What Dante Taught Me About Grief, Healing, and the Mysteries of Love,” which has been translated into Italian, German, and Korean. Luzzi is a frequent contributor to publications including the New York Times, Chronicle of Higher Education, Times Literary Supplement, and American Scholar. His work has also appeared in the Los Angeles Times, Los Angeles Review of Books, Bookforum, and Times of London.

Dr. Luzzi is the founder of DeepRead, which offers a radically new approach to leadership and business education by basing its teaching and “test cases” on the great ideas of literature, history, and philosophy. An internationally acclaimed speaker described by the Toronto Globe and Mail as a “Rock Star Professor,” Luzzi has inspired audiences worldwide with his passionate insights into how art, literature, and the humanities can change our world. He speaks and consults regularly for businesses, corporations, and conferences, with typical clients ranging from a major global financial services firm to New York University’s Stern Business School Executive MBA program.

Luzzi’s numerous honors and awards include a Yale College Teaching Prize, NEH Fellowship from the National Humanities Center, and fellowships from Harvard’s Villa I Tatti Center for Renaissance Studies and Yale’s Whitney Humanities Center. He has made numerous media appearances, including an interview on National Public Radio and profile in the Guardian.

The first American-born child in Italian immigrant family, Luzzi was named Honorary Citizen of his parents’ birthplace (Acri in southern Italy) in 2017. He lives in the Hudson Valley with his family.

In my talk, I hope to change the way people feel about literature. My aim is to show that literature is not just an elitist collection of “classics, something you are “supposed” to read or have to study in school, but which are difficult, remote, and otherwise disconnected from everyday life. Rather, I will propose that audience members can and should make literature a part of their everyday. I will go ever further and say that, when you are facing extraordinary difficulties and challenges, literature can save your life.
I will base my talk on a personal experience. On November 29, 2007, I left my home in upstate New York at 8:30am to teach a class at Bard College, where I am a professor. Around 10am, as I was settling into my classroom and joking with my students, a security guard showed up at the door and asked, “Are you Professor Luzzi?” The smile disappeared from my face, as I sensed something had gone horribly wrong; that intuition was confirmed when I saw a dean and vice president of the college come tearing up the stairs to fetch me and deliver the news: my wife, Katherine, had had a terrible car accident. I raced to the hospital, but it was too late: Katherine died that morning. She was 8 1/2 months pregnant. Forty-five minutes before her death, our daughter Isabel was miraculously delivered by emergency cesarian. I had left the house at 8:30am; by noon, I was both a widower and a father.

At noon, I had also entered what the poet Dante called “the dark wood,” that universal space of suffering that unfortunately all of us, at one point in our lives, must enter. For my TEDx Albany talk, I would like to speak of how literature in general, and Dante’s poetry in particular, helped save my life during the years of grief and mourning that followed Katherine’s death.