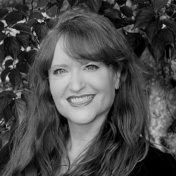 TEDx speaker Lisa Powell Graham is a proven visionary leader, with 20+ years of successes in campaign management, strategic planning, fundraising, and communications. She is a frequently featured inspirational keynote speaker, especially at conferences for women and on the topic of women’s leadership; a women’s leadership coach; and political candidate trainer for CREW.

Lisa was part of Hillary Clinton’s paid presidential campaign staff in 2016, helping to run a campaign office in Philadelphia, PA. 96% of Lisa’s ward voted for Clinton, and Lisa achieved 225+% on all of her personal campaign and GOTV (Get Out The Vote) goals. Lisa previously planned events for Hillary Clinton in New York’s Capital Region when the former Secretary of State and First Lady was her U.S. Senator in New York. She also worked as a field organizer for Barack Obama in Virginia in 2008, when Virginia went blue for the first time in 44 years. Lisa earned her Master in Public Administration degree from Harvard Kennedy School of Government in 2005, with a focus on elected leadership and best practices in government. After graduating from Harvard, Lisa was hired to draft a strategic plan for performance management for the city and county of San Francisco.

Lisa is a Board Member for OneMama, an organization which brings maternal care, localized health and family services, as well as economic sustainability to women and their families in rural communities where people survive on under $1.25 a day.She is a Martha Beck Certified Life Coach, inspirational speaker, and writer who specializes in empowering girls and women to live their dreams. Lisa has traveled to 30 countries on 4 continents; has taught and performed Lindy Hop and belly dancing; has led workshops and retreats in the U.S. and India; teaches meditation and practices it daily; and is currently writing a book about women’s leadership. For more information or to invite Lisa to speak at your event, contact Lisa at www.lisapowellgraham.com

The 21st century will be defined by the contributions and leadership of women. It’s time for women to lead the way globally – and this is backed by to global research which shows better outcomes with more women leaders in countries and companies globally, as well as neuroscience studies, which demonstrate that women may in fact be uniquely qualified to lead. This talk will present a vision of why this is important, and what it could mean for the future of the world, while smashing paradigms about what it means to be a woman and a leader in the world today.