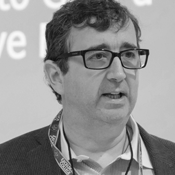 Will Trevor is currently the President of the American Marketing Association New York Capital Region Chapter and a familiar sight to many local marketing and business professionals from the many events he has hosted across the Capital Region. As a Faculty Program Director in the School of Undergraduate Studies at Excelsior College, Will is responsible for overseeing the college’s marketing, management, HR, and entrepreneurship programs. He has a background in sales and marketing, where he has filled several positions, across a range of industries. His digital marketing experience spans both agency-side and marketing management roles, which have helped to inform his perspective on marketing from both a practitioner and an academic angle. Will has taught in higher education for many years, and on both sides of the Atlantic: in the UK as a faculty member with the University of Essex Online, Leeds Beckett University, Leeds City College, and Askham Bryan College; and in the USA he has taught for Excelsior College. In 2013 Will was recognized for his qualifications and experience in the field of higher education and he became a Fellow of the Higher Education Academy in the UK.

In a sketch from comedy legends, Monty Python, Michael Palin buys an argument, only to end up receiving personal abuse in one room and then being contradicted in another. Decades before the arrival of the Internet, their humor unwittingly foretold the typical experience of most people attempting to engage in an argument online: abuse or contradiction. We increasingly live our lives online and contentious topics from, gun ownership, vaccinations, abortions, Brexit, and immigration, are argued over every day on social media. Godwin’s Law, an Internet adage of user behavior, suggests that the longer an online argument continues, the higher the likelihood that someone will end up comparing someone else to Adolf Hitler, by which point the argument is over! Without the nuances and the context of the spoken word, or the body language of the speaker to guide interpretation, online arguments often seem to spiral into a cauldron of insults and extreme language. Social media has given a voice to so many, but often it is used to shame, slander, or abuse. Some believe that it has contributed to the degradation of public discourse and a negative impact upon the conduct of political debate. So, why are we so ineffective at arguing online and what has it done to the way we debate and communicate with each other? Why does it even matter and can anything be done? In this talk, I will look at some of the current science and thinking on communications and the heated topic of online arguments. You’ll learn more about why they often degenerate into personal abuse and contradictions and you may just
prevent yourself from being compared to Hitler!